Welcome to the City Manager’s Office

Serving under the direction of the City Council, the city manager is responsible for making recommendations to the council concerning programs & policies and developing methods to ensure the effective and efficient operation of city services.

The City Manager’s Office coordinates & administers the implementation of policies, procedures and ordinances that will provide for the sustainable, managed growth of the city.

Paul Grimes became the City Manager for McKinney, Texas Aug. 1, 2016. Grimes reports to a seven-member city council, and he serves as the chief executive officer for the municipal organization, providing executive direction to over 1,000 city employees across 17 operating departments and divisions for one of the fastest growing cities in the U.S.

Before joining McKinney, Grimes served as the Village Manager for the Village of Orland Park, Illinois, since June 2008. While in Orland Park, Grimes ushered forward various high-profile development, transportation and infrastructure projects, a AA+ credit rating and 95% citizen satisfaction.

Grimes formerly served as the Director of Administration with the City of Cranston, Rhode Island. Reporting directly to the Mayor, he was responsible for managing all administrative and operational aspects of the city.

Previously, Grimes was vice president with Alsace Development International (ADI), an international foreign direct-investment agency, where he was responsible for leading trade, investment and other economic development initiatives between North America and the Eastern region of France. Before joining ADI, Grimes was Planning Analyst with the City of Anaheim, California.

Grimes served as both an officer and enlisted in the U.S. Navy. He holds a master’s degree in Public Administration from Indiana University’s Graduate School of Public and Environmental Affairs and a B.A. in history and political science from Purdue University. Grimes is also an alum of the Senior Executive Institute for Local Government Professionals at the University of Virginia and is credentialed with the International City-County Management Association (ICMA). 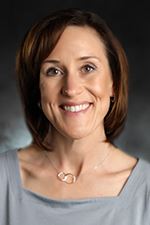 Kim Flom joined the City of McKinney as Assistant City Manager in January 2020.

Flom received her Master of Public Administration degree from the University of Illinois in Chicago and a Bachelor of Science degree in Landscape Architecture from the University of Wisconsin in Madison, Wisconsin. She is a registered landscape architect in Wisconsin and Illinois and is certified by the American Institute of Certified Planners. She is a member of the American Planning Association, International Economic Development Council, Council of Landscape Architecture Registration Boards Wisconsin Economic Development Association, and International City/County Management Association.

Before joining the City of McKinney, she served as the Development Services Director in DePere, Wisconsin, since 2015. During her tenure, she oversaw a department that provided economic development, planning, zoning, building permit/inspection, code enforcement and GIS services. She was responsible for business park property sales and TIF negotiations, resulting in more than $25 million of private investment. Before her time in DePere, she served as the Planning and Community Development Director for Green Bay, Wisconsin, and held several development positions with the Village of Orland Park, Illinois. 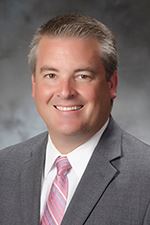 Barry Shelton is currently serving as Assistant City Manager for the City of McKinney and has also been Executive Director of Development Services since December 2011. From 2001 through September 2007, he was a Senior Planner for the City of McKinney. He managed the City’s Comprehensive Plan update in 2003-2004 and kicked off the Town Center Study before leaving the City in 2007 to serve as the Director of Community Development for the City of Sachse, Texas. Shelton held this position from 2007 through December 2011, when he left Sachse to return to McKinney.

Shelton received his bachelor’s degree in Planning and Resource Management from Brigham Young University. He has been certified with the American Institute of Certified Planners since 2004 and also achieved the designation of Certified Public Manager. He is a member of the American Planning Association and the Congress for New Urbanism. He was city-appointed to the City of McKinney Main Street board in June 2012. 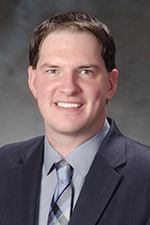 Steve Tilton joined the City of McKinney as Assistant City Manager in May 2017.

Before joining the City of McKinney, Tilton served as the Assistant Village Manager in Tinley Park, Illinois, and as an Assistant to the Village Administrator in Cary, Illinois. 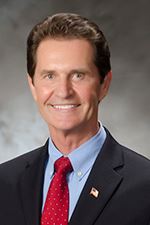 Joe Mazzola was appointed Director of Organizational Development and Performance Management in June 2017, following a year in the HR Department where he was in charge of training.

Before working for the city, Mazzola was President and CEO of an education-based nonprofit in Washington, DC. He was also in the military for over 20 years where he taught leadership and ethics at the Air Force Academy and was a commanding officer of different organizations in the U.S., Europe and the Pacific.

Mazzola holds a master’s degree in Public Administration from the University of Texas at San Antonio and a master’s in Education and Human Development from George Washington University. 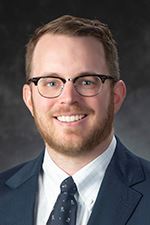 During his time with McKinney, Minyard has been involved in a number of financial transparency and reporting initiatives for the city. Most recently, he assisted in McKinney becoming the first city in Texas to receive five Transparency Stars from the Texas State Comptroller’s Office.

Minyard holds a Master of Public Administration from Texas Tech University in Lubbock, Texas, as well as a Master of Business Administration and a Bachelor of Business Administration from Dallas Baptist University in Dallas, Texas. In addition, Minyard is a graduate of Leadership ICMA’s 2019 class, a Certified Government Finance Officer, a graduate of Leadership McKinney’s 2018 class, and is an active member of the Texas and International City Management Association and the Government Finance Officers Association of Texas.