Various types of long-term debt have been issued by the city for acquisition and construction of major capital facilities and equipment. We want to help you understand the nature of the debt.

This information is also required by the Texas Comptroller of Public Accounts to qualify for the Comptroller's Transparency Stars program.

General Obligation Bonds are issued pursuant to voter authorization for infrastructure and facility projects accounted for in a governmental capital project fund. General obligation bonds have also been issued in previous fiscal years to refund prior debt issues. General obligation bonds for refunding purposes do not need voter authorization. Bonds still outstanding may be called in whole or in part at the City’s option on or after ten years from the date of issuance.

Certificate of Obligation debt is similar to general obligation bonds in their usage and retirement but do not require voter authorization and are not used for refunding debt. Certificates still outstanding may be called in whole or in part at the City’s option on or after ten years from the date of issuance.

Contractual obligations have been issued in prior years to acquire equipment and will also be repaid from ad valorem property taxes.

Water and Sewer Revenue Bonds are issued to provide funds for certain improvements to the water distribution and wastewater collection systems as well as to refund prior water and sewer debt issues. These bonds are reported in the Water and Sewer fund as the debt will be repaid from revenues of this enterprise fund operation. Bonds still outstanding may be called in whole or in part at the City’s option on or after ten years from the date of issuance.

Sales Tax Revenue Bonds are special corporation obligations payable from and secured by a lien on the proceeds of the ¼- and ½-cent sales and use taxes levied within the city for the benefit of the respective component unit corporation.

Tax Notes are issued to fund permanent public improvements and are repaid from future city tax revenues. The bond payments are reported in the Debt Service Fund and roll up into governmental activities. 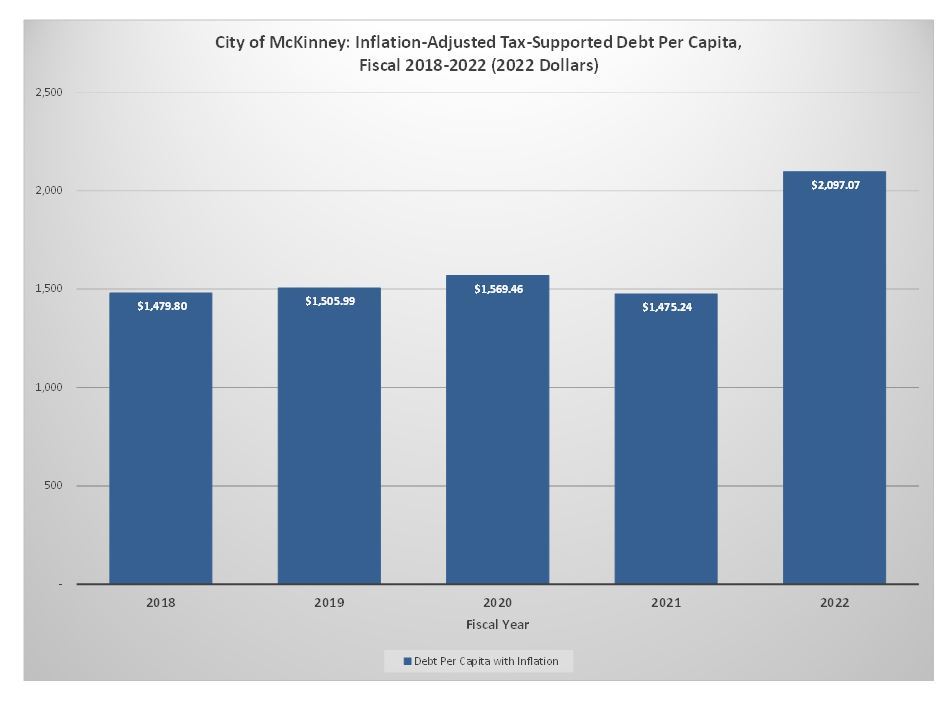 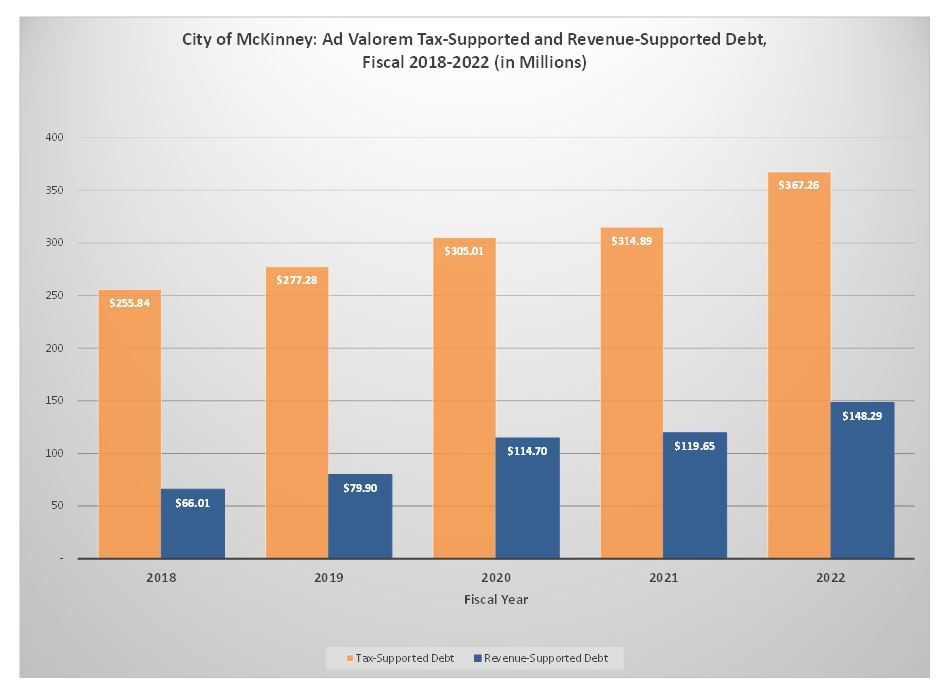 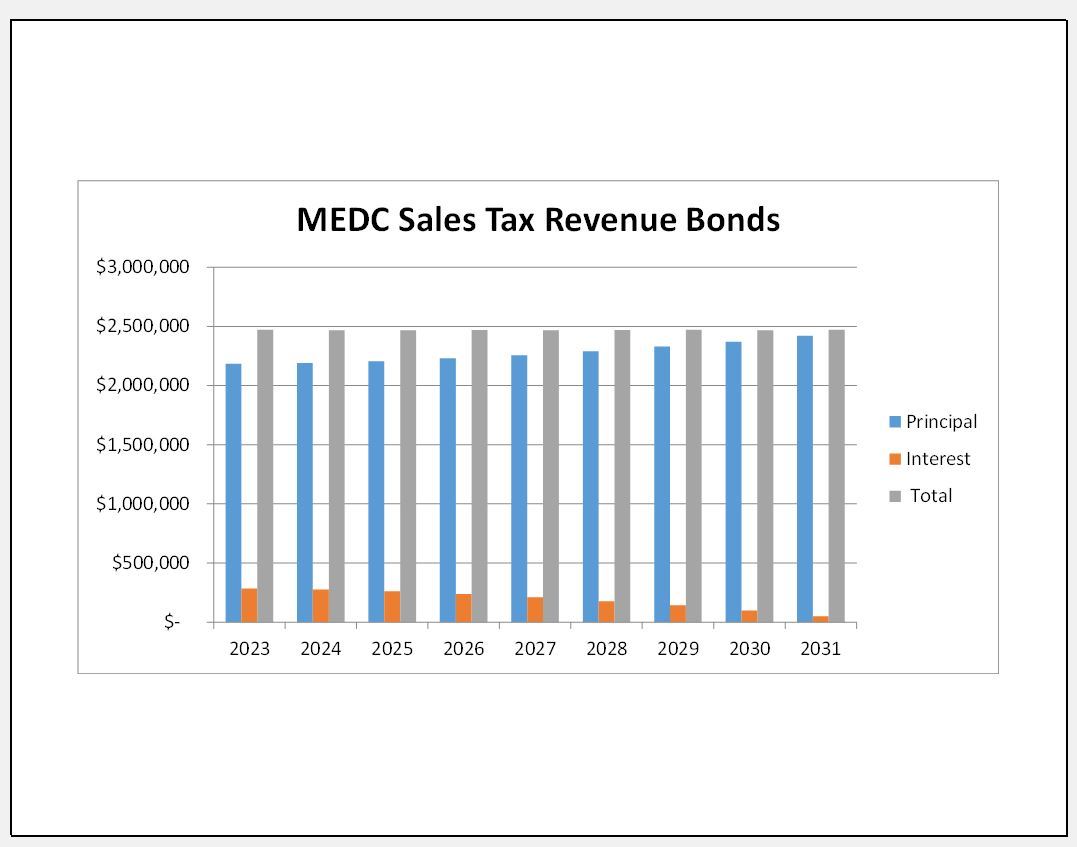 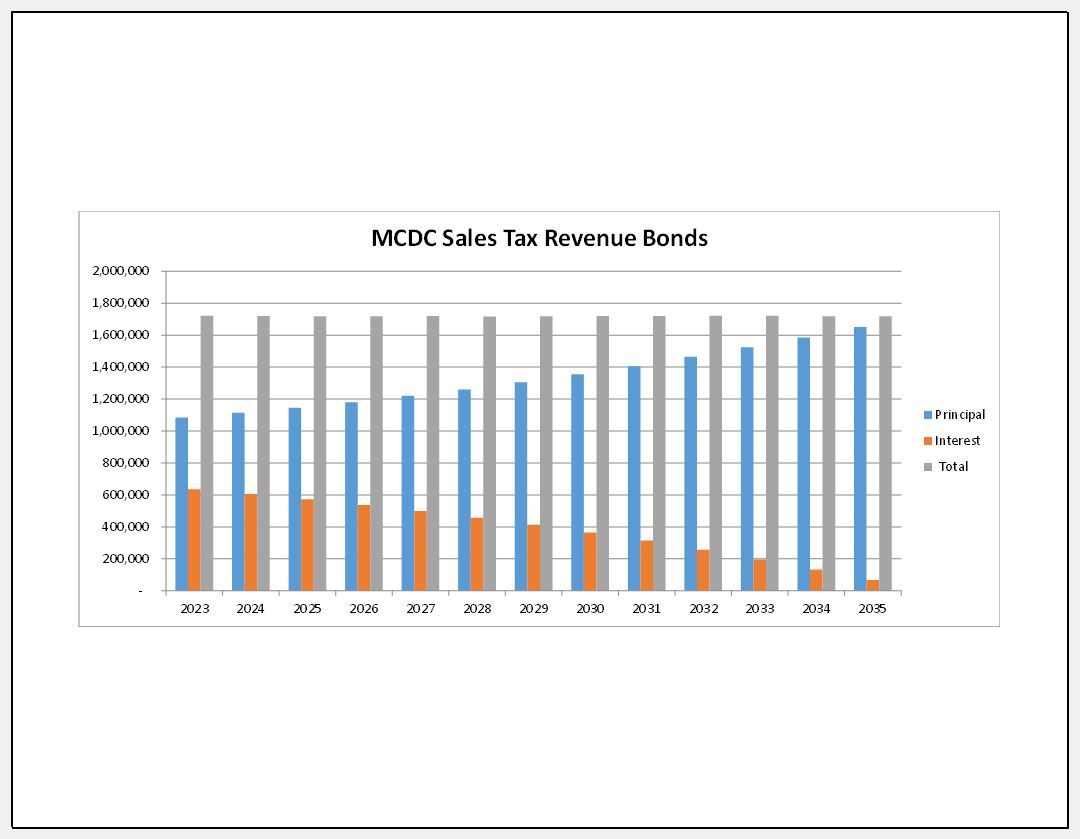 Texas Comptroller Debt at a Glance