The overall vision for East McKinney Redevelopment and Preservation (EMRP) began with public input during the Town Center Study in 2006-2007 which was part of the 2004 Comprehensive Plan and was incorporated into our current One McKinney 2040 Comprehensive Plan.

Throughout the long planning process for this area, we have actively engaged the public in providing the vision and development direction for the area using our Public Engagement Principals.

The Town Center Study was a work plan in which potential policies and ordinances could be evaluated, recommended, and implemented to realize the community's overall goals and objectives for the continued development of McKinney.

The Town Center Study involved extensive public outreach and collaboration. The study took place in two phases and set the standard for future engagement and cooperation with the public.

The EMRP area fits into the area of the study that was called the Transit Village. 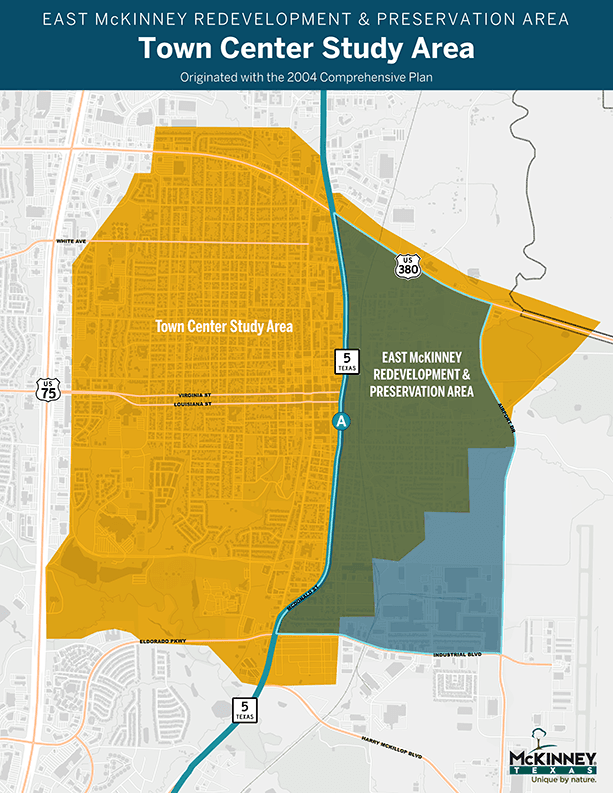 During a city-hosted open house, more than 200 people learned the purpose and existing conditions in the study area, the planned series of public workshops and provided input on different design elements.

Additionally, a series workshops were held reviewing each identified study; Downtown, Transit Village and Corridors. Resident completed activities and provided input that lead to preliminary illustration of what those ideas might look like when developed.

The results were presented to a joint work session of City Council and the Planning and Zoning Commission. On March 18, 2008, City Council unanimously approved the Town Center Study Phase 1 Report.

Phase 2: Making the vision a reality

Components of Phase 1 were evaluated and ranked by city officials to prioritize for implementation.

Below is a list of the activities that have occurred since the plan was adopted in 2008, in each activity the Town Center vision remain the same, but the strategies have been adjusted to fit the needs of our growing city.

In 2004, the City of McKinney was eagerly looking forward to the extension of the Dallas Area Rapid Transit (DART) line into the city. Looking at the existing DART line, it made logical sense that the path would most likely be near the S.H. 5 corridor.

As a result of this, the city planned for the station in the area roughly bounded by S.H. 5, U.S. 380, Airport Drive and Fitzhugh Street.

Discussions related to the Transit Village encompassed the entire area and planned for a possible extension campus for Collin County Community College. 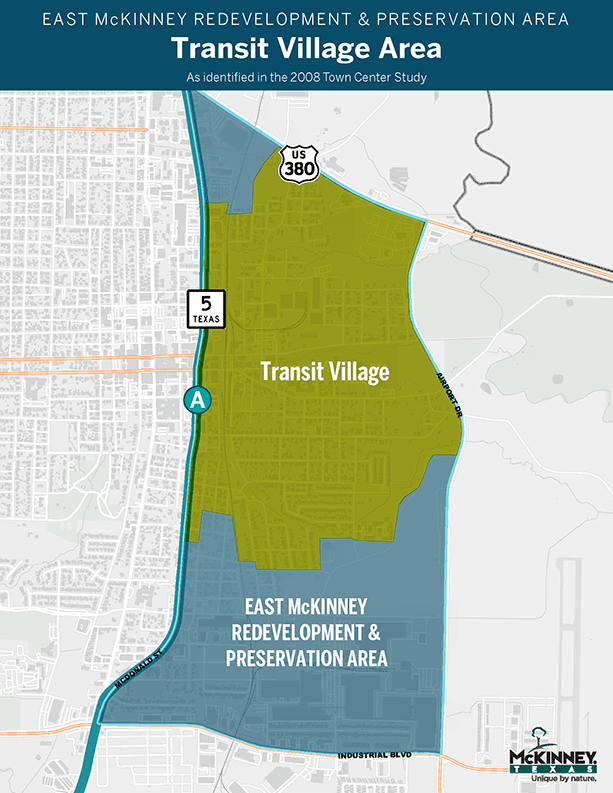 Read the full report of information related to the Transit Village in the Town Center Study Phase 1 Report. Specifically in:

The City of McKinney worked with the public using the same successful public outreach tools that were used during the creation of the Town Center Study. The new comprehensive plan uses four guiding principles as its foundation.

Under the ONE McKinney 2040 Comprehensive Plan, City of McKinney was divided into 17 development districts. The EMRP area is located within the Mill District. 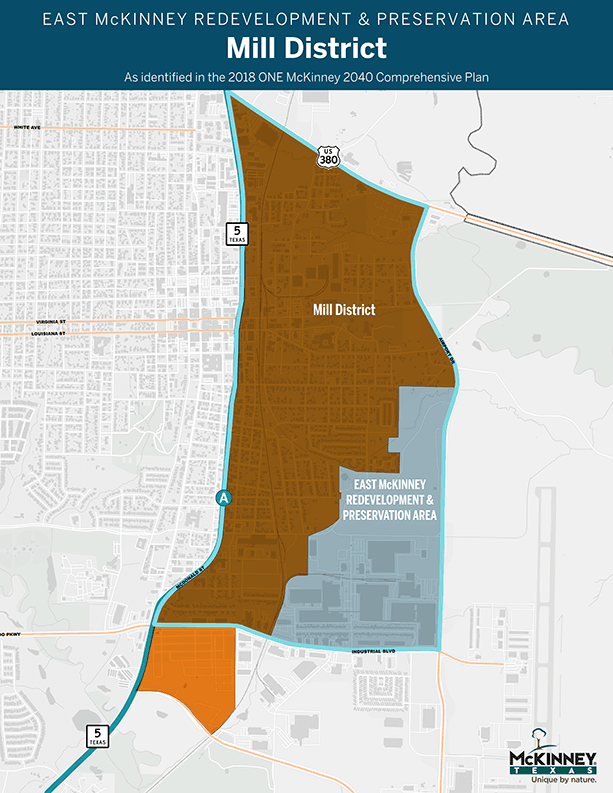 When discussing the Mill District, the ONE McKinney 2040 Comprehensive Plan reasserts the goals of the Town Center Study and its commitment to the overall redevelopment of this area.


Notify Me
Government Websites by CivicPlus®
[]