The McKinney Police Department (MPD) is tough on crime. Even so, the fight to keep McKinney one of the safest cities in the country continues.

In response to a heightened number of burglaries in McKinney seasonally, or during times of economic hardship, the MPD has formed working groups of detectives to focus on the different aspects of these crimes, like what is being taken, where the crimes occur, how the homes are entered and how the stolen property is disposed.

From these working groups, the detectives develop leads, suspect actions, witness interviews and compile information that is passed along to citizens and other police agencies in Collin County. They continue to track down every lead and share information with other departments knowing that burglars do not respect city limit boundaries, and if we don’t catch them maybe a neighboring department will.

What You Can Do

It is important to know that no area of our city is completely crime-free. The MPD also encourages residents to take simple steps that can help ward off a would-be burglary. We must all take an extra few seconds to make sure the doors and windows to our homes are locked, that outside lighting is working and that our homes do not offer hidden places for burglars to hide without being seen by a neighbor. By working together as a community, residents can be the eyes and ears of the police department in every neighborhood. No city can afford to have a police officer on every street, but combined with good communication and good acquaintances, every street can help alert police officers when something is suspicious.

To share suspicious activity with the MPD, residents can always call 911. If you get an unexpected knock on the front door, realize it could be a burglar checking to see if anyone is home. A homeowner should ask who is there before opening the door and only open the door when you feel safe doing so. If you don’t feel safe, call 911. If you or a neighbor sees people they do not recognize from the neighborhood walking in the alleys or between houses, call in a “suspicious person” to 911 and let the MPD check out the stranger.

If you are unfortunate enough to be at home when a burglary occurs, or hear a window break or a door being pried open, you should make as much noise as possible and call 911. Most burglars are looking for crimes of opportunity and target houses where they know they will not be seen or caught. If you let them know that someone is in the house, they are more likely to get out of the area before they can be identified. 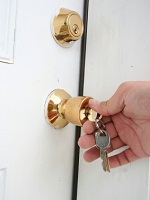 While criminal activity levels can change, the property primarily targeted for burglary continues to be anything of value. Flat screen TVs, video game consoles, cameras, medicines, jewelry and lawn equipment have all been reported stolen during burglaries. The best piece of evidence MPD can gather is a serial number, which can be traced once they are offered for sale on Craig’s List, EBay, at pawn shops, or any other resale location.

Never leave anything of value inside of a vehicle, whether it is locked or unlocked. Vehicles are not designed to be vaults, and criminals see breaking into a car and stealing a radio, camera, phone, GPS system, CDs, purses or wallets as an easy payday. Please do not make it easy for criminals to make you a victim.